A giant willow monster inspired by scrapbooks recently unearthed is just one of a series of new attractions following nearly £4m worth of investment at a Barnsley beauty spot.

A major new woodland discovery trail, boats back on the lake for the first time in nearly 100 years and two miles of new paths are just some of the new features at Cannon Hall Museum and Gardens thanks to the project.

The bulk of the £3.8m funding has come from the National Lottery Heritage Fund to support this Parks for People initiative, dubbed Restoring the Glory, Revealing the Secrets, and has been four years in the making with the major elements now ready for public unveiling this weekend.

It is inspired by scrapbooks donated to the Museum, described by their team as an early form of 1800s Instagram. They were a way for Winifred Spencer Stanhope who used to live at Cannon Hall in its heyday to record and impress others about the prestigious events and visits they hosted.

Breaking from tradition, it was the girls who embraced photography – including Winifred, a cousin of the famous artistic De Morgan family – to record key events and then embellish them with mythical artworks such as monsters and dragons in creating these scrapbooks, which have now inspired the new trail.

Boats have now permanently returned to the lake for the first time in almost 100 years after 24,000 cubic metres of silt was dredged from the water and more than two miles of new pathways have been laid following major drainage improvements.

And historic buildings like the subterranean ice house built back in 1780 and bricked up since the 1970s until now, after being restored and reopened – giving some dramatic views into an underground 8 metre void.

Two cottages have also been renovated alongside the gardener’s cottage which is now a volunteer rub and the formerly derelict north range glass house has now been brought back to its former glory.

Chainsaw sculptures of animals and the final installations within fairyland are set to be completed by the autumn to put the finishing touches to the project.

Additional funding for the ambitious project has also come from the Country Houses Foundation, EPIP Leader Fund, Friends of Cannon Hall, Leche Trust and Awards for All.

Cllr Tim Cheetham, Barnsley Council's Cabinet Member for Culture, said: “This has been years in the making so to see it finally coming to fruition is just fantastic. A lot of hard work and love has been poured into this project because we all know just how much Cannon Hall and these stunning gardens mean to the people of Barnsley and Yorkshire.

“People will see a mix of newly created areas, installations, improvements and renovations alongside things that you won’t see but were extremely important for the long term benefit of this site, such as drainage and groundworks.

“What we now have is a stunning outdoor visitors experience with magnificent new woodland family trail where the installations are in harmony with the natural surroundings they have been placed in.

“We hope it will encourage more people to visit Cannon Hall itself which is completely free to see and explore. The De Morgan’s were trailblazers with a strong connection to our borough and the scrapbooks that represent important moments in history are on display in the hall meaning people can experience the adventure trail and then see the original works that inspired it.”

“Thanks to National Lottery players, we are proud to support the restoration and transformation of the Gardens at Cannon Hall.”

The woodland adventure trail will officially open from this Saturday and project highlights include:

To find out more see https://www.cannon-hall.com 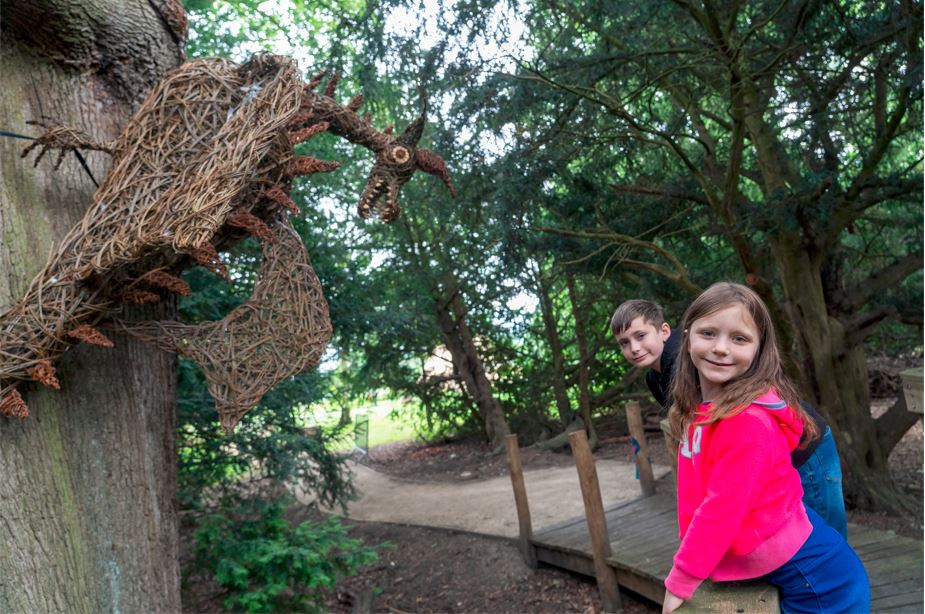